Meshblocks are the smallest statistically significant geographic areas. They aim to include 30–60 dwellings and/or 60–120 residents and from these, larger statistical areas are composed.

Statistics NZ have delayed their release of the dataset. Due to this, our subsequent changes will be delayed (see revised dates below) to allow time for our customers to make census data related updates.

Statistics NZ: “it always takes time for us to analyse and produce the dataset, but this time, we are taking longer than usual”. Read more from Statistics NZ.

A New Zealand census was carried out in 2018 so we have updated the AddressFinder metadata, associated with each address in our database, to include this data. To enable a smooth transition between the 2013 and 2018 meshblocks, we made an addition to our Metadata API. This has been done to enable access to the new 2018 data without affecting the access to 2013 data that most customers are making use of.

If no census parameter is included in the API request we will return values from the 2013 census. We expect this to change three months following the release of the Statistics NZ data (previously March 2019) at which time the default census parameter will switch to 2018.

How long will Census 2013 data be available?

We will continue to return 2013 census data until three months following the release of the Statistics NZ data (previously September 2019). After this date, the census=2013 parameter will be invalid and any queries that include this option will return an error.

What should I do?

If you do not make use of Meshblock data then no changes are required. If you are currently making use of meshblock field data we suggest you adjust the Metadata API queries to include either the census=2013 or census=2018 parameter according to your needs. And ensure census=2018 is used once the database has been updated (previously September 2019).

Have questions or want to know more?

Get in touch with us (support@addressfinder.nz) or read the Statistical standard for geographic areas 2018. 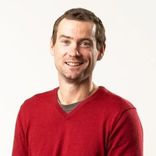